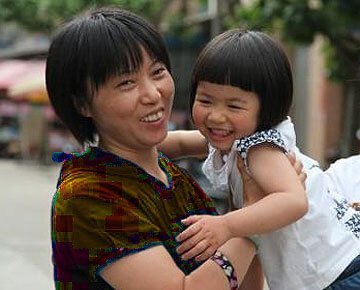 Although, the status of women in China is getting better, still there are some parents who prefer to have a male child. What’s more shocking is the fact that those women who had suffered gender discrimination before are themselves in favor of having a male child.

At present, the preference of a male child over daughter in China is not that widespread like it used to be a couple of decades ago. When China applied its ‘One Child Policy’ in 1979, (with exception to rural parts of China where more than one child was allowed) it brought a real change in the attitudes of community where girls were showered with more love like never before.

However, the real question is whether the families in China still prefer male children over females, and who is responsible for the continuity of such a trend? It’s hard to get the answer, but to some extent, such preferences are still common in rural regions where most of the bigger families prefer to have one son at least. The reason for this is quite obvious; they need a son who can further carry the male lineage. For instance, if there are two brothers in a family, and the elder one has a son, then there is less pressure on the younger one to bear a male child.

In other words, the traditions or customs make it important to have a son who can lead the family, cultivate fields, generate networking relationships, and make all the important decisions. Although it’s not necessary that all the families in the rural regions think like that, still to a large extent, traditions & customs have played a major role in keeping this belief alive.

In the still-developing China, different people have different attitudes towards having a male child. But, there are several factors that can lead to gender preference by families such as education, tradition, or pressure from the family. In fact, according to some studies, those women who had faced gender discrimination by their own parents themselves favor male children over females. The reason for this is quite simple; they have an inferiority complex which makes them believe that a female child is a lesser being than a male child. In other words, we can say that they are preserving the traditional beliefs. No mother wants her child to suffer what she had in the past, and this is the reason why she prefers a male child. They fear that if they will bear a female child, she will suffer discrimination like her mother. Besides, most of these women prefer to marry a boy who already has a brother so that there’s not enough pressure on her to bear a male child.

The motives of such women are good, as they don’t want to end up in a situation where the extended family’s desire for a son may result in discrimination against the newborn daughter. It would be a situation where the husband and wife would find themselves trapped in customary beliefs. Besides, if a family already has a son, then the newborn daughter will enjoy more love from her family.

It is quite understandable that women do not want to have a daughter who may suffer all the pains of discrimination that they themselves suffered in their childhood. In fact, these women believe that they will themselves end up discriminating against their daughters and favor sons as their own grandparents or parents did in the past.