Fibroids, also known as uterine myomas, or fibromas are one of the most common tumors seen in the female reproductive organ. It is medically estimated that a more significant percentage of women are likely to develop fibroids during their lifetime. Fibroids usually develop in women during their childbearing years although most times these fibroids aren’t large enough to be detected. In the past, women in their thirties and forties are most likely to have full-blown fibroids as they must have been done with childbearing. However, the reverse is the case today as a good number of women have children later in life. This makes it imperative to have a thorough understanding of the connection between fibroids and infertility.

Research has shown that many women will develop fibroids that wouldn’t prevent their childbearing chances. These fibroids will remain small and will develop in areas that will not affect their reproductive system. Nonetheless, there are certain fibroids that do have a profound effect on the ability of their victim to carry a baby, conceive, or even stay pregnant. These fibroids prevent the sperm from meeting with the egg, negatively affect the fetus, and shackle the ability of an embryo to implant. A woman’s ability to conceive and have a baby is solely dependent on the location of the fibroids in her uterus. 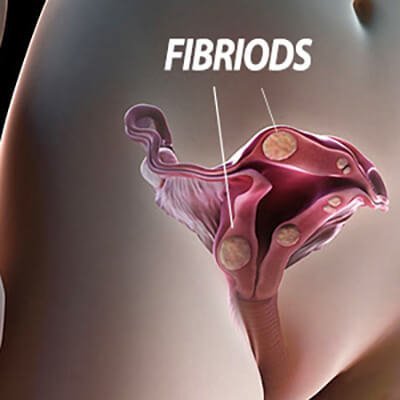 Why fibroids can lower your fertility rate?

Can I still conceive despite the fact that I have fibroids?

Well, if you are already heavy with child, it’s advisable you have your body properly monitored by your OB/GYN. This is because most often, the fibroids tend to grow as the baby grows which could lead to pregnancy and delivery issues. It’s also imperative to monitor your existing fibroids development during prenatal care.

However, if you have fibroids and are trying to get pregnant, it’s important you visit your doctor to check if the fibroids are capable of preventing you from doing so. If so, fibroid treatment is predominantly recommended.

Western Doctors tend to suggest removing uterine fibroids through surgery if they are over 5 cm. Chinese medicine practitioners, on the other hand, use herbal medicines, moxibustion, and acupuncture to control the fibroids’ growth. It is not uncommon that fibroids disappear after the Chinese ways of treatments.