Is there a particular method that can help couples conceive twins? Interestingly, there are many. However, it is important to note that these supposed methods and recipes may or may not be safe for the health of the future baby and the mother, and hence, it is recommended to use your own judgment when it comes to their use. 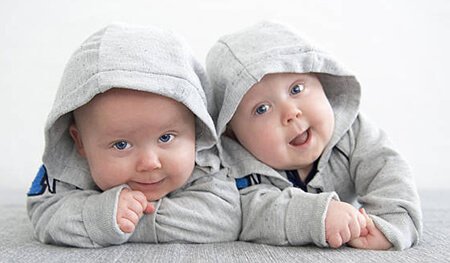 According to a Swedish medical research institution, consumption of folic acid by women doubles their chances of conceiving twins. The reports have stated that data of pregnant women who have consumed drugs was analyzed and assessed by Swedish researchers since 1994. The results deduced that 2,569 women consumed folic acid, and in this sample, 2.8 children out of every 100 children birthed were twins. This ratio fell to 1.5 among pregnant women who did not consume folic acid. The researchers did not identify the reason why consumption of folic acid by pregnant women increases their likelihood of giving birth to twins. Experts have estimated that the frequency of ovulation may increase because of folic acid supplements, thereby causing several eggs to make way to the uterus, which could result in twins. There is a need to conduct further studies to confirm this deduction.

In Igbo Ora, which is a town situated in Southwest Nigeria, twins are quite common. If a person walks in the lanes of this town, they may believe they are experiencing double vision as most of the houses have a minimum of one set of twins.

In the 1970s, a British gynecologist analyzed that in the southwest, among every 1000 births, 50 sets of twins were born, making it a place demonstrating a very high rate of twin births1 .

While scientists have attributed this to genetics, according to residents of the region, it is the diet followed by the women that lead to twin births. Moreover, a town leader commented that frequent consumption of okra leaf or Ilasa soup, as well as yam,m amala, or cassava flour, has led to this scenario. It is mandatory to consume this soup instantly since it cannot be stored. It is believed that yams contain gonadotropins, which is a chemical component that bolsters the eggs’ production in women and thus contributes to the conception of triplets or twins.

In the case of “Test-tube baby,” follicles’ development is promoted in the ovaries of women by leveraging technology that induces ovulation, and then, the eggs are extracted for in vitro artificial insemination. The embryo in development is transferred back to the uterus to induce pregnancy. Since the entire process is facilitated by the doctor manually, they add more than one egg to make sure that the fertilized eggs are of good quality. Once they are developed to some extent, the doctor chooses about 2 to 4 best ones for their implantation in the uterus of the mother. The optimal embryo is retained in the cavity and is implanted, and until the birth of the fetus, it is allowed to grow and develop in the uterus. For some women, their bodily conditions allow the simultaneous development of two different embryos, and apart from their own desires, doctors might choose to reserve two embryos for implantation, thereby resulting in twins. It is important to remember that the regulations pertaining to the number of fertilized eggs that must be implanted vary with each country. Typically, doctors are allowed to implant three fertilized eggs in the case of those aged over 35, while only two eggs are allowed to be implanted in individuals younger than 35 years, with the objective of mitigating twin births or multiples.

The drugs that are used to treat infertility tend to boost ovulation. Thus, it is not recommended to take them merely to birth twins as it can be harmful to the mother’s body. Furthermore, even if it does result in twins, the good health of the twins is not guaranteed.

According to experts, the use of ovulation-stimulating drugs definitely increases the likelihood of conceiving twins. But on average, a healthy woman ovulates one egg each month. When ovulation-stimulating drugs are used to bolster ovulation, it can lead to ovarian hyperstimulation with symptoms that include dizziness, nausea, liver and kidney damage, etc. If the mother does not undertake adequate precautions and measures, both mother and child may be in danger.

It is better to be old than young as, during the phase of perimenopause, the ovaries begin to release multiple eggs every month. This period of “fertility spike” is impacted by an increase in estrogen. According to fertility research, women over 35 are more prone to become pregnant with twins. However, this is particularly in connection with non-identical twins.

When compared to women who are not breastfeeding during the time of conception, those who are nursing are nine times more likely to conceive twins. This happens due to the increased IGF levels in nursing women, which helps in the production of milk. Consequently, the likelihood of releasing over one egg increases during ovulation.