Today, with the help of modern technology, picking the right baby gender is no longer a dream. Here are the most common ways of hi-tech gender selection methods plus some no cost gender picking methods.

Effectiveness: 75~90%
Developed by Landrum B. Shettles, this gender method based on men in producing X (female) and Y (male) sperm. Since the male sperm are faster and stronger than the female sperm and this means that it is usually the male sperm that will reach and fertilise an egg first. In his book “How to Choose the Sex of Your Baby”, Dr. Shettles showed how you can conceive a baby with your desirable sex by combining the nature of sperms with some sexual practices like

Effectiveness: 97%+ (claimed by Dr. Jonas)
Like the Chinese Gender Chart gender selection method, Jonas method is based on lunar month. However, it is much complicated as plenty of calculations involved. Two main considerations on Janas method which are 1) The time of monthly menstruation depends on the recurrence of the angle of the sun and the moon that occurred at the woman’s own birth. and 2) The gender of a baby depends on the position of the moon and zodiacs at conception.

Effectiveness: 60%+
Studies have shown a mother-to-be’s diet high in potassium and sodium including vegetables, bananas, fish, and meat may favor the conception of a baby boy. A diet high in calcium and magnesium including milk, beans, cereals, cheese, and nuts may favor a baby girl.

Effectiveness: 90% for a girl, and 80% for a boy
Microsort is a clinical device. It is able to separate boy sperm from girl sperm because there is a small difference in the DNA mass between them. 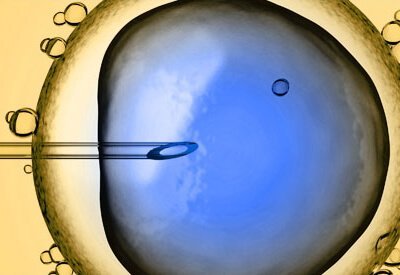 If the semen is put into the Microsrt and has a 50-50 male-to-female sperm ratio, when it comes out from the other side, it will be 90 percent of the girl if you are trying for the Xsort procedure. If you are trying for the Ysort procedure, it will be 80 percent boy. That will give you either a nine times higher rate of having a girl if that is what you want to do than nature. It will be four times higher chance than nature if you are trying to have a boy. The sperm that has run through the Microsort machine can then be used either for artificial insemination or it can be for in vitro fertilization (IVF). The insemination could be done naturally or it could be done with fertility drugs.

Effectiveness: 100%
Preimplantation Genetic Diagnosis which is also known as PGD can be considered as the only method which can promise 100 percent success for gender selection. PGD is a process that involves using IVF to create embryos so the wife is given fertility drugs to make multiple eggs. The eggs are then removed and taken to the fertilization laboratory where they are fertilized with the husband’s sperm*. The resulting embryos are then allowed to grow from one cell to six to eight cells. On the third day, these embryos are then biopsied. That is, one of the cells is removed from the embryo and examined.

At this point, all of the cells in the embryo have all the information they need to make an entire person. So the embryo has everything it needs to continue on developing and it doesn’t miss the removed cell. The removed cell is then performed with genetic testing, and the gender of the embryo can then be determined. Healthy embryos are selected after considering this information and it will be implanted into the mother as the last step.

* Sperm used could have been put through the Microsort process beforehand, or it could just be naturally prepared sperm>