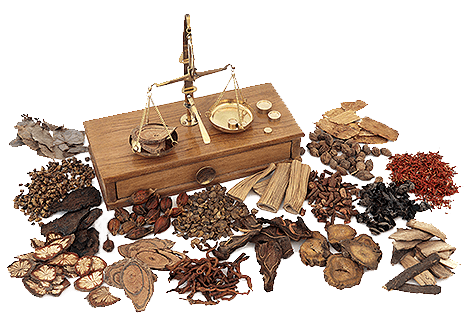 Traditional Chinese Medicine can be considered as a complete medical system which originated in ancient China. It has a history of more than 3000 years and has been recognized as the mainstream of the healing system before the emergence of western medicine in the 18th century.

Chinese medicine is pronounced as “Zhong Yi” in Mandarin. “Zhong” means middle. From the view of the Chinese curing system, it refers to moving the unbalanced Yin and Yang in the human body, back into a balanced system. “Yi” on the other hand, simply means medicine. In addition, Chinese medicine also employs the five element theories in healing people. These five elements are known as metal, wood, fire, water, and earth. They represent five different areas of the human body. Metal corresponds with the lungs, fire with the heart, wood with liver, water to kidneys, and earth (soil) to the spinal cord. The main objective of these five elements is to reinforce and neutralize each other. This helps in preventing and treating illnesses effectively.

Causes of disease in TCM

External patterns of disease are important in TCM diagnosis. Most are associated with the environment and especially the weather, i.e. damp, cold, wind, heat are all influences on our health. For example, sudden changes in temperature, ‘catching a cold’, and too much sunshine can be harmful to our bodies and lead to disease in the theory of TCM. Diseases in Chinese medicine are also related to emotional factors and are linked to the internal organs. 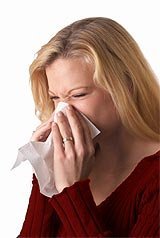 We are all human and no one can escape feeling angry, sad, or worried as part of our life’s experiences; those emotions will only cause harm, however, when they are deep or prolonged over a long period of time. Disease prevention is a critical part of traditional Chinese medicine. Since disease involves two aspects, pathogenic factors and body resistance (energy that resists the pathogenic factors), both must be considered in disease prevention. Priority is usually given to building up health and strengthening body resistance. The best approach towards this end is to lead to a regular lifestyle, have a proper diet, do appropriate exercise, and maintain harmony in mental and emotional activities. A regular lifestyle includes adaptation to environmental changes and avoidance of over-indulgence in sex and alcohol.

Other causes of disease are poor constitution, over-exertion, excessive sexual activity, poor diet, trauma, poisons / excessive drug-taking, parasites, and incorrect treatment. If, for example, a woman conceives when she is too old, that child is more likely to have a weak constitution and be more prone to diseases later in life. Also if she smokes or drinks too much alcohol when pregnant, this will affect the children’s constitution. In TCM the kidneys store ‘essence’, which is part of your essential life energy; and when a woman is pregnant, the kidneys dominate reproduction; this essence is diminished and weakened, consequently, the child’s health is also compromised by a mother who has poor kidney energy, or has had many children, for example in close succession. In theory, each child will become weaker if the mother does not take care of herself and try to ‘replenish’ this essence.

Of our earliest ancestors, the Chinese have made it a point to incorporate nature’s garden into the world of medicine more than any other culture, still adhering to the mindset of the importance of Chinese herbal remedies to this day.

Although many cultures have traditionally used seeds and plant parts in their remedies, China has alleviated ailments using herbs since around 5,000 BC. Having amassed this knowledge for thousands of years, the Chinese have mastered the art of cultivating herbs for medicinal purposes and other cultures look to them for insight into how a diagnosis can be treated through the use of herbs.

Instead of treating one symptom, as is commonly done in the Western world of modern medicine, Chinese herbal remedies seek to get the body back into a natural state of balance so that healing can occur and any imbalances are eliminated. In conjunction with herbs, the Chinese also incorporate acupuncture, cupping, massage, and a healthy diet into the concept of harmony for healing purposes.

Can herbal medicines be used safely during pregnancy?

Yes. Herbs and spices are consumed daily around the world by pregnant women as a natural part of the diet. By taking small amounts and using only herbs that are known to be safe during pregnancy, women can obtain relief for many minor pregnancy complaints sure as;

In one double-blind, randomized cross-over, placebo-controlled study, ginger was found to be significantly more effective than placebo for relieving the symptoms of morning sickness. Although no reports of teratogenicity or mutagenicity due to ginger are found in the literature, some concern has arisen over its ability to inhibit platelet function. Ginger is considered safe to use in small amounts for the reduction of nausea and vomiting of pregnancy but should be used carefully, and dosage should not exceed the quantity used in the clinical trial (1 gm/day). For best results, ginger is taken as a tea or capsule.

Vitamin B6 (pyridoxine) has been used since at least the 1940s to treat morning sickness. In a recent double-blind, randomized trial in pregnant women at less than 17weeks’ gestation, vitamin B6 was shown to have a statistically significant effect in reducing nausea and vomiting. The dose used was 30mg, but some experts postulate that slightly higher doses may be more effective.

Numerous studies demonstrate the safety and efficacy of cranberry juice for the treatment of urinary tract infection (UTI), a common problem of pregnancy due to the physiologic displacement of the growing uterus onto the ureters and increased urinary stasis due to bladder compression. Cranberry prevents the adherence of bacterial organisms to the bladder wall, thus reducing infection. Daily intake of cranberry juice as a dietary beverage is advisable for women with a history of chronic UTI. For the treatment of acute UTI, a woman may consume up to 6 glasses of cranberry juice per day. Unremitting or worsening symptoms require medical treatment. Cranberry juice and reconstituted cranberry concentrate are considered completely safe during pregnancy; however, concentrated cranberry products should be avoided, because they have not been evaluated for use during pregnancy.

A study1 by the University of Adelaide, South Australia, took into account 1,851 women, aged between 18-45 that received infertility treatment. The result was published in the December 2011 issue of Complementary Therapies in Medicine, with the following conclusion

The group of researchers reviewed seven randomized controlled trials; one non-random control trial; 13 parallel studies; three series of cases and six other case studies. The outcome of this study revealed that women received:

This result shows a 350% greater likelihood of getting pregnant with Chinese Herbal Medicine therapy in the course of four-month treatment compared with western drug medicine alone. It was found that Chinese Herbal Medicine achieved on average, a 60% fertility rate compared with 30% for standard treatment using Western drug medicine or IVF. Comparative analysis of selected parallel studies showed an average clinical pregnancy rate of 50% using TCM compared to 30% while applying IVF treatment.

Why is Chinese Herbal Medicine effective for infertility?

The inference made by this study proves that Chinese Herbal Medicine is twice as effective as conventional drug therapies in view of helping women attain conception due to its efficacy in improving the quality of women’s menstrual cycle.

TCM concentrates treatment procedure on the organs that form the reproductive activity which eventually regulates the menstrual cycle, these organs are the kidneys, liver, heart, and uterus. Acupuncture and herbal medicine do increase the likelihood of conception by improving the functions of the aforementioned organs. Consequently, Qi (energy) and blood flow to important parts of the body is increased.

Beyond facilitating the improved flow of blood and Qi to all sections of the body and the reproductive organs; the quality of blood is also greatly enhanced. TCM considers blood as a vital Yin agent that nourished the Uterus and the Ovaries. If the blood composition is poor, the quality of the developing ova will be poor and the walls of the uterus will be too thin for implantation of a fertilized Ovum. 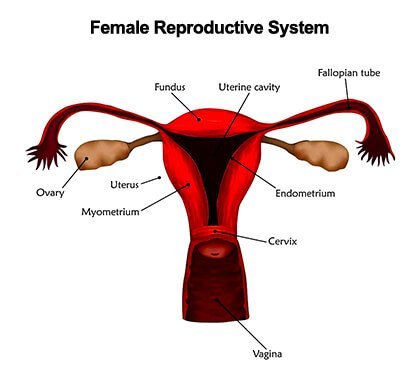 Infertility may also be caused by the blocking of fallopian tubes and thus restricting the fertilization of eggs. Many times, the blockage that’s present is fluid, scar tissue, mucus plugs, or debris and because of this, Chinese herbs are actually able to break down the blockage and allow the tubes to function properly again. The general idea of the Chinese herbs is that if they can reduce the leftovers which cause irritation and inflammation within the fallopian tubes, they can then be flushed out and allow for proper functioning again. There are active substances within these herbs that specifically break down scar tissue and various adhesions or plugs.

The Goal of TCM therapies is to restore balance in the body. At the first clinical appointment, a TCM practitioner will usually check a patient’s tongue and pulse in view of accessing the present state of health. This helps the medical practitioner to determine the pattern of disharmony in the body and prescribe a treatment plan.

No two individuals will present the same symptom picture. It, therefore, follows that every single herbal prescription is unique to individual treatment requirements. This an important aspect of TCM that contribute to its high rate of successful treatments